Yverdon-les-Bains
Yverdun *
.
At the southern end of Lake Neuenberg (Murten is to the northwest), is an old spa town with surprises in its castle.  See http://www.texetera.ch/english/testimonials/historic-buildings/yverdon-castle/ Listen to part of the audio guide there.  "Dun" or a variant of that means fort, or hill fort, from Celtic times.* Find romance also. The chapel at Savoy's castle is still used for weddings. See http://www.isyours.com/e/guide/arc_jurassien/yverdontown.html
. 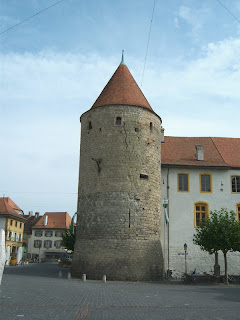 Yverdon-les-Bains Castle, Pierre II of Savoy after 1260, now a museum, CH.
.
Yverdon still is a spa town. Go ahead: find a venerable tub and submerge, partially. Les bains - the baths. Thermal spa, sulphur water, magnesium; come here for healing.  People have for 6000 years. There is some therapeutic value to the soaking, but not the mystical scope as once believed, see ://www.wwdmag.com/Sulphur-Water-Solution-article3130/ Relax, revitalize, let impurities begone.
. 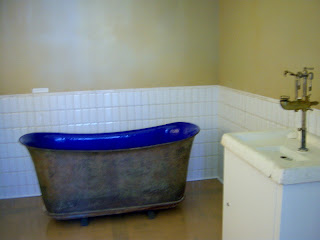 .
Now think of the poultices and remedies you might try.
.
This old Savoy Castle houses a manageable museum, that includes geographical and geological exhibits. We like the more modest museums.
.
At this nice spa town, however, prepare to meet the grave-robbers from centuries ago and not so long ago, and gaze upon the fruits of their labors. Mummies apparently were quite the rage, see http://www.mummytombs.com/  The Yverdon mummy story is at http://www.musee-yverdon-region.ch/musee.php?include=collections&lng=en/  The artifacts date from the Ptolomaic era and are highly regarded by those who follow these things.
. 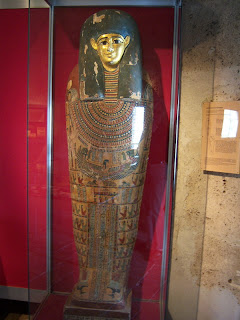 Egyptian mummy of Nes-Shou, sarcophagus lid, 200 BC, pilfered out of its resting place for the amusement and edification of generations of gawkers.
.

Why mummies here?  Mummies and healing. Use their parts, or grind their parts into a powder. Stir. Mix the powder from the ground mummy with honey and/or wine, apply it as a poultice or drink up.   Mummies were believed to have healing qualities, see http://www.swissinfo.ch/eng/index/Castle_reveals_secret_of_severed_hand.html?cid=4109604/.  There was a market for parts. Find the history of the travels of a specific mummified hand at Gruyeres castle.
.
A Napoleonic expedition in the late 1700's got everyone interested and the craze began. Taking mummies was illegal, so parts were used. Parts were more easily smuggled, but clearly others found their way intact, across and into Switzerland and elsewhere.
. 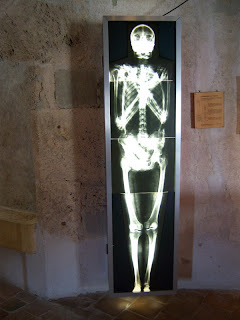 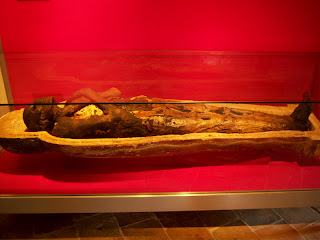 
Smithsonian, however, describes a drying process preventin decay by using four salts found at the Nile, the combination known as natron.

. Palm  wine disinfected, frankincense perfumed.  See article by Owen Edwards at http://www.smithsonianmag.com/arts-culture/How-One-Mummy-Came-to-the-Smithsonian.html
.
Even this site says he looks rather homesick  http://www.isyours.com/e/guide/arc_jurassien/yverdontown.html/.
Can we let him go home now? 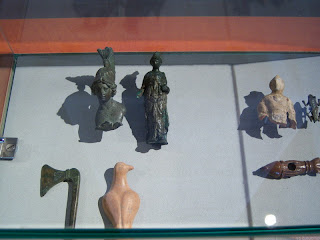 Artifacts: fine arts of Celts and Romans and many cultures at Yverdon
.
And there is a collection of intricately carved furniture. 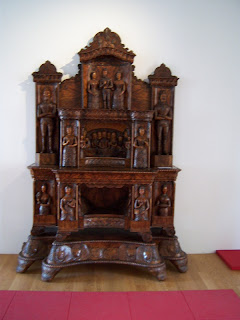 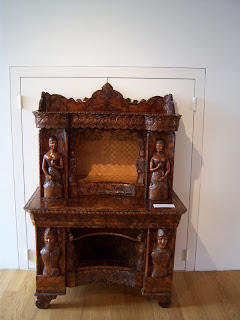 Klausen Pass, Memorial to a Climber, and When He Died

Leave the Autostrasse. Do the switchbacks through the passes. Find a tough land. 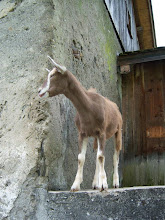